That’s me holding a baby alligator in Louisiana.

I was thinking it’s about time to write a post about Fear, our chronic companion if we are alive.

Really, it’s such a huge topic, and understanding it is so critical for our success and well-being. Helping people rise above their fears is probably the main thing I do as a coach. So, where do I begin?

Here’s the story and how I’m tackling those fears. And I’m not referring to holding the alligator you see in the photo. That was easy.

It’s September after all and it’s time to rush, rush, rush, launch new ventures, and keep up with the Joneses. I had booked myself tightly: a teleseminar (fast approaching!), two live workshops, three group courses to launch, new clients to attend to, and that’s not to mention time scheduled with family and friends.

First, I was having a dose of First-Time Fear. I was nervous about doing a teleseminar for the first time. I know that anytime we do something for the first time, fear will come up, and luckily I busted through that fear enough times to recognize it and keep going. (The self-employment leap is a great teacher for that one.)

Then why does it still plague me at times? Because it’s about something new. New stuff always brings a new layer of fear.

In fact, having fear is a good sign. Really. An increase in fear means you’re courageously venturing into new territory. Which means Growth. A fulfilling life requires walking past those fears, not waiting for them to go away.

Add a dose of exhaustion or hormone swings, and that “untrustworthy” thought blows up into: “My business will be ruined. My friends will vanish. I’m doomed.” It’s so ridiculous to see it in writing now, but that’s how it can feel in the moment. Are you recognizing this experience?

One of the big classic fears that we all face is fear of being judged. That’s what Shyness is all about. (Learn about shyness and introversion – the differences and connections.) 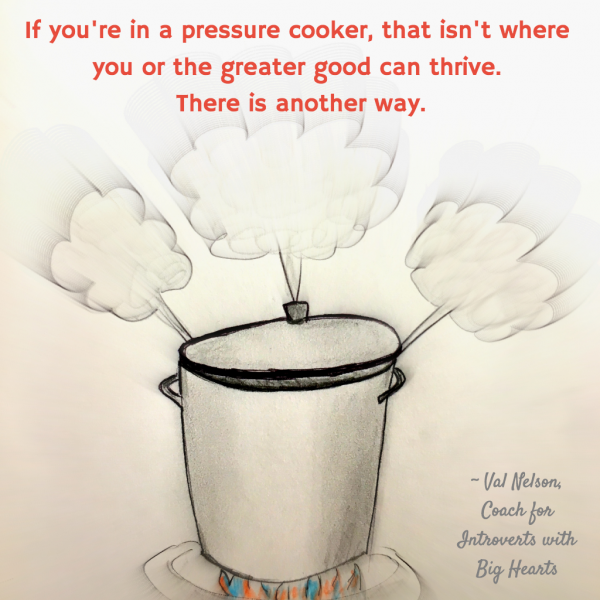 18 thoughts on “Tackling My Fears, One Layer at a Time”