Many people knew I went on a 5-day silent meditation retreat last month and have asked me “How was it!?” I think this captures the range of thoughts behind that question, and perhaps you’ll recognize your own reaction in here:

When I heard others going away on these retreats over the years, I had that same range of reactions, first starting with the most resistance to gradually more intrigue. Mostly I thought it was for other people.

As my meditation practice has grown more easeful and rewarding over the last few years, I found myself curious if a retreat was for me after all. Something in me felt ready, partly to take on a new challenge, but maybe more so because of an ache in me to hit a reset button.

On the surface my desire for the retreat looked like a simple desire to escape the email inbox for a few days. That alone was starting to sound like nirvana. And I knew it was more than that.

It was a deeper knowing that I was being pulled too far into the sped-up, digital-driven lifestyle. It wasn’t feeling like the true me. I knew I needed to power down and find my true center. Don’t you crave that sometimes too? 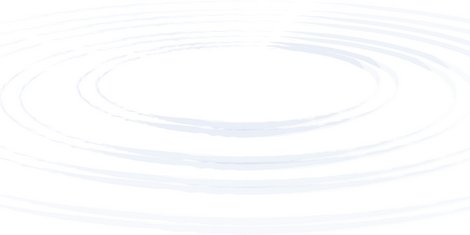 It was time. I signed up (at Insight Meditation Society) and the sweet anticipation began, for a noticeable wait of 4 weeks.

Now that I’m back, I want to answer “How was it?” but it’s hard to put the power of silence into words. It was profound for me, in fact. I am tearing up as I write this.

I’ll do my best to share my discoveries. In this Western culture, we have such discomfort with silence and stillness… and we have a simultaneous deep need for it. I want to give you a window into the power of it.

I’ll start with this. Let’s take a pause, right here in this moment.

Inhale. Exhale.
Oh, that is kinda nice.
Maybe another inhale, exhale.
The inbox can wait.

Here’s what happened when I hit the giant pause button for 5 days.

What Happened for Me on a Silent Retreat

First I’ll share some key moments, and then I’ll give you a short summary of what I gained.

A few days before heading on retreat, I was looking forward to the break, and yet I wondered if I should be nervous. I’d heard people say it was hard to be with all their thoughts, day in day out.

I’m here to tell you, it had it all, some hard parts and some parts that were indeed like nirvana. Thanks to the wonderful teachers who guided us each day, the so-called hard parts were wonderful lessons that I treasure. I loved every bit of it.

Imagine this. We’re told to leave books, journals, and digital distractions at home and to turn within for the full benefit of the retreat. At first, I packed a novel, just in case I needed an escape from thinking, but then after some encouragement from a friend, I took it out of the suitcase at the last minute and headed out the door.

I did keep the sketchbook with me however. The journey of letting go, and noticing my clinging, had begun.

It helped that the one-hour drive into the country was a beautiful sunny spring day. The blue sky and fresh green rolling hills lured me into peaceful anticipation.

On that first evening, the orientation process was beautifully orchestrated to support our experience. It was a step-by-step walking into the warm water of silence.

When the silence began after the opening talk, I felt something shift in me. It was like I had been a swan awkwardly walking on the land who made it to the silken pond where I could step in and suddenly glide along effortlessly. 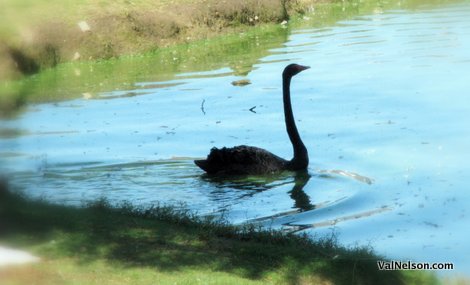 “Entering the silence was like I had been a swan awkwardly walking on the land who made it to the silken pond where I could step in and suddenly glide along effortlessly.”

Had I gone to introverts’ heaven?

Once in the silence, I actually felt giddy inside and wanted to shout “Oh my God, this is an introvert’s dream!” It was as if the world was turned upside down, where silence instead of noise was the rule. I could be in my own space as much as I wanted without feeling rude for not chatting. It felt like home.

I giggled silently to myself, saying, “If I ever doubted I was an introvert, now I know for sure.” I sent a little prayer to the extroverts there who might be struggling in this upside down world… and I think they did struggle a bit more.

On the first night, I went to sleep without reading or journaling since that wasn’t an option. It seemed strange, and frankly I didn’t sleep much that first night, probably due to over-thinking. I was able to meet it with acceptance. The peaceful energy of the retreat was helping me already.

Over the first two days, I got used to the routine of sitting meditation, walking meditation, quiet mealtimes, helping with chores, more meditation, and being in nature. The sunsets and bird songs have never felt more alive and heart-pounding. My heart is pounding as I recall it right now.

I began to notice how wildly busy my mind was, with a full range of negative and positive thoughts, not to mention mostly boring repetitive thoughts. It was interesting to see it all, like invisible cobwebs that came into view. Whatever came up, I eventually found room to accept it as is, and then it would lose its hold on my mind.

I could feel more peace coming over me. Without having to make it happen. I didn’t have to figure anything out or solve anything. How nice. Strange, but nice.

So there I was at the mid-point of the retreat, starting to sink in to my true pacing and centeredness in the present moment, bit by bit, imperfectly. It was surreal, yet very real.

During one of the sitting meditations, I found my mind went to a deeper present moment awareness than I usually attain. A quiet mind is more rare than you might think with meditation. Sure felt good!

No wonder people keep going on retreat! I started thinking about when to come back. Wait, come back to the present moment.

The retreat was coming to an end. I noticed some sadness arising, for how sped up I had been, and how I didn’t want to go back to that false pace. Then, gradually, I felt more ready and committed to a fresh start by the time I packed up and went home.

The short version? Here’s what I learned:

Do You Crave and Yet Resist Silence Too?

People tell me all the time how much they love silence, stillness, and being in nature. And yet, there we are stuck looking at our mobile phone screens. Why must we fill every moment with words?

I want to stop it. The retreat helped me to unplug and feel the benefits enough to feel more motivated to change. Imagine if we all slowed down and allowed a moment to think or rest. The world would be a different place.

I found this motivating:
Science Says Silence Much More Important to Our Brains Than We Think

Here’s some easy starting places for guided meditations and instructions.

If you’re someone who is saying I could never do a silent retreat like that, then you might be exactly who needs a retreat. I’m so glad someone once said that to me. Challenge met and rewards received.

P.S., If you’re thinking that you might go crazy inside your head on a silent retreat, know that they are prepared for everything if it’s a good retreat host like where I went. They had 24/7 support available if you needed help of any kind. But I have a feeling it is rarely used. The peaceful setting itself is more supportive than you might imagine.

Especially for introverts and HSPs:

Have a peek at this list: the most popular posts on my blog.