You can listen to or read this post (about 5 min.)

This is one of the worries that can get in the way of you going for what you really want. When I first thought about becoming a coach, I was worried about it seeming too airy, and I even got that feedback from a few people.

I hear about this worry a lot from creative women and transformational professionals: a fear of being seen as too “woo-woo.” Familiar?

On the one hand, they want to talk about things like spirituality or things like the power of setting intentions, or a powerful energy healing experience, but they don’t want to be dismissed. I get that. First hand.

I’ve found myself trying to walk that line in my work. I’m starting to not care, and I notice a lot of others are not as worried. We are going for it with talking about love, intuition, prayer, bigger impact, healing the world, sending loving vibrations, alternative healing, soul’s work, life purpose, and more.

And yet that “woo woo” police still lives on in many minds. Negative comments about it are so common. I think we aren’t noticing the flaws in that wording or thinking.

This “woo woo” idea has so many layers and I want to break it apart. What is that fear actually about?

I think that underneath that “woo woo” fear is a fear of being seen as not grounded, and underneath that is a societal assumption that ungrounded refers to not being grounded in traditional Western science.

Somehow “woo woo” got equated with “obviously bad,” but really it comes from a dominant (unhealthy) culture trying to squash out other ways of knowing, especially what are often called “women’s ways of knowing,” like intuition or natural healing methods.

Hmm, might this be another form of sexism that we need to rethink? Or at least a form of dismissing other important and valid ways of knowing? Yes!

Are you starting to see one of the problems with this fear of being seen as “woo woo”? It’s an inner skeptic (fueled by an unhealthy dominant culture) trying to stop us from speaking up about what we believe, or do what we’re here to do, and to trust in what we have experienced in reality.

Turns out, and I bet you know this, there’s a lot of good valid stuff outside of traditional Western/dominant culture science: acupuncture, herbal remedies, prayer, intuition, the healing power of connecting to nature…. things many of us trust in every day. All the ones I listed, by the way, are grounded in rigorous studies that show how effective they are. 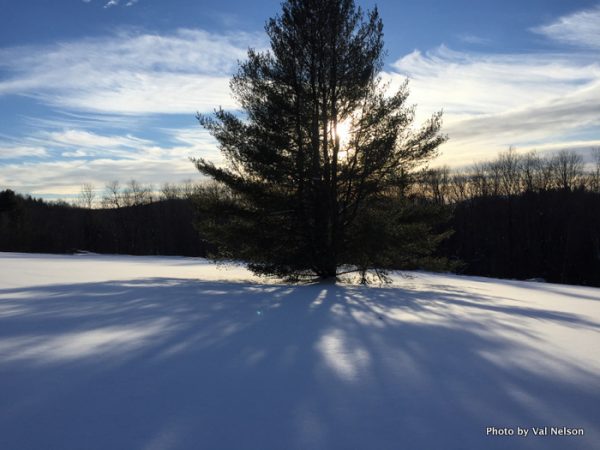 If nature can be this amazing and magical, so can we. Snowflakes, thousand-year-old trees, the sun, stars, clouds… all so incredible, and so very real.

Fear of Being Dismissed as Useless or Frivolous

Now that’s a valid fear indeed. No one wants to be dismissed, nor should anyone be, in my opinion.

I propose we rethink what we mean when we talk about “too woo woo” or when we catch ourselves thinking or saying “I’m not woo woo!” defensively.

Let’s consider saying what we really mean. Then, I propose we show more of what we really believe and what really works for us. That would be grounded in reality, for real.

If you have talents for healing that are hard to explain, you can learn to trust in it as you honestly observe what happens. Your true people will recognize truth.

No need to worry about what the dominant culture will think. Let that old paradigm messaging shrink while you let truth grow and expand.

What do you think?